I foresee significant changes coming on the horizon around how we build ECM solutions. These changes will start bubbling up over the next 2 years and will accelerate in years 3-5, at which point how we build and assemble ECM solutions will be very different to how we currently do it.

I think that the catalyst behind these changes will be the ‘Apps’ concept, specifically Apps created for ECM and more than likely based on the Content Management Interoperability Services (CMIS) standard.

I initially raised this idea in my Spawning of a new construction boom post. In this follow-on post, I further explore how the ECM Apps concept might play out and consider its implications.

The growth in the number of apps developed and downloaded in the mobile market (primarily Apple and Android) has been truly extraordinary. The Apple App store has been live for just over 2½ years and there are already over 350,000 apps available, which between them have been downloaded over 10 billion times. 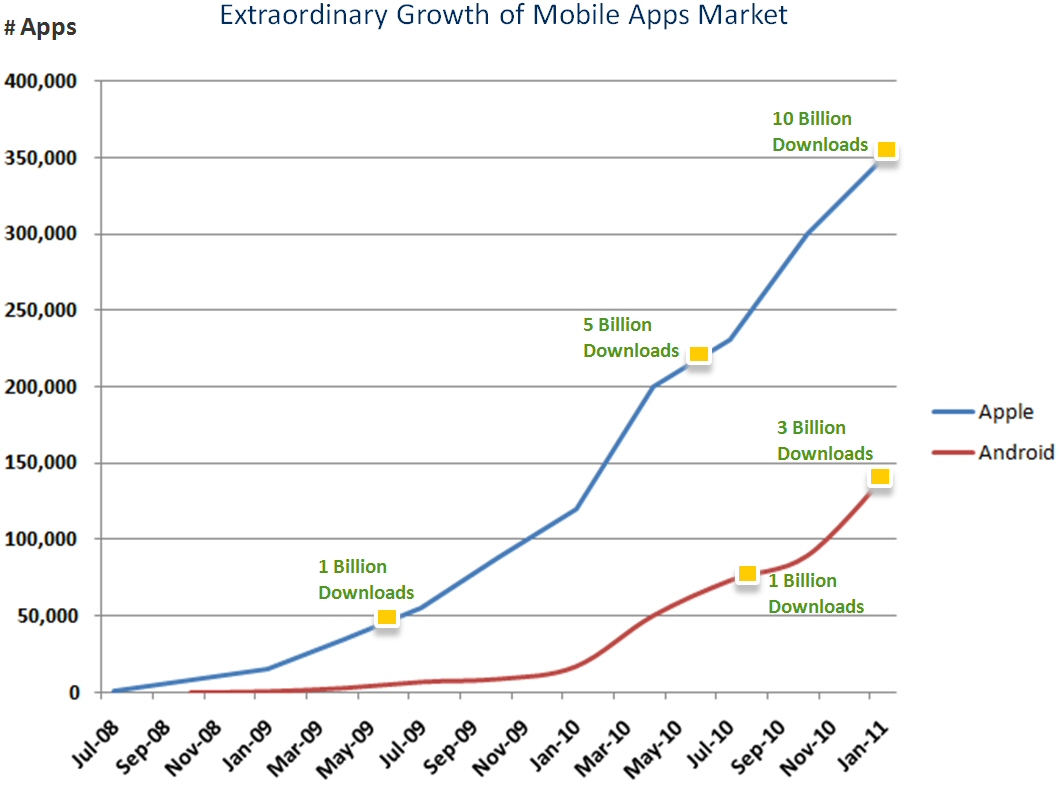 The combined effort behind the development of these apps in such a short period of time is quite staggering. No one company (including Apple) could ever dream of achieving such a result. And the great thing is that all of these apps can plug and play into your iPhone (and most of them into your iTouch and iPad).

What I find intriguing to consider is if a similar pattern behind the development of the mobile app market could be replicated in the ECM market (but with obviously less numbers). Then consider it going one step further if the same ECM app could run on multiple ECM products, the equivalent of the same mobile app running on an Apple iPhone, Android phone,  Blackberry and Windows Phone (rather than it being developed separately for each mobile platform). If this could happen, then wow, there is going to be one hell of a shake-up in how ECM solutions are built and assembled.

There is already a large and thriving developer community across most of the leading ECM vendors, from the larger mainstream ECM vendors such as Open Text, Oracle, EMC and IBM to the open source vendors such as Alfresco and Drupal. Developers in these communities actively develop and share (and sell) code snippets, components, modules and applications that are designed to work with their ECM of choice. The obvious limitation here is that the software developed can only be deployed on to the ECM system that it was designed for.

However, CMIS introduces the possibility of developing software for ECM once and reusing it many times. As such, it is not unreasonable to think that a logical next step across the ECM development communities would be to gradually transition their software to support CMIS and then upload it into a wider ECM marketplace. This idea is illustrated in the diagram below.

There would need to be a critical mass of ECM apps available in the marketplace to create a compelling reason for organisations to alter how they build and assemble their ECM solutions. This critical mass might not come about until the next major version of CMIS is released (couple of years?). However, when it happens then we could find:

Some of the key implications that spring to mind should this all happen are:

If you’ve taken the time to read this post then thank you, and I would really love to hear your views on what I’ve written.

4 thoughts on “There is an ECM App for that”